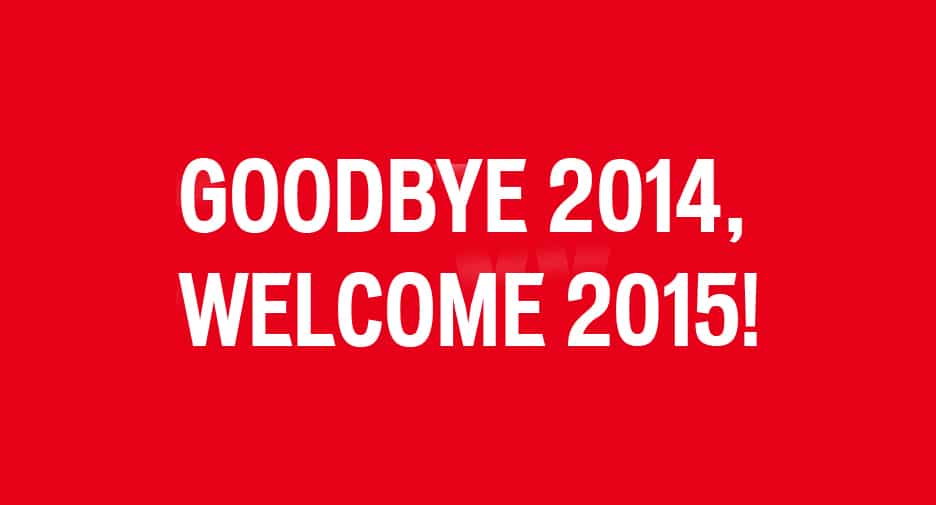 So new years just went by less than a week ago and we all know it’s that time of year where you see one of two things.

Everyone is either jumping on the bandwagon of;

This is my best year!

48% of people set goals yet only 8% of them ever achieve it. This is a universal thing but let me just say this is even more staggering in marketing and business.

So over the course of this post we’re going to explore how to not fuck up your 2015, and also I’ll share with you what my strategy (and what I believe will be the “big thing” this year) will be.

Ready, kids? This journey is about to set off.

First of all lets talk goals.

It’s not our fault, in fact it’s going to sound weird because it’s the fault of Earl Nightingale. (Yes I love his work more than most people could imagine but seriously he has a lot to answer for in this department).

You see, the way we set goals is two fold… We either set a non-specific goal or a results based goal.

The results based goal is “better” but still wrong, here’s why…

When you write down a specific goal you’re attached to it. This actually kills your goal for you.

Something I’ve been experimenting with since my birthday at the end of September is something called faith. Now, for me faith comes down to religion – that’s right we’re getting a little religious here, so buckle up, kiddo – and the biggest thing that woke me up to it all was this weird feeling inside of absolute certainty.

Let me explain. When I set my new years resolution/goals/plans in place, I wrote down what I wanted on the journey not just the destination.

I intricately wrote down what goals I wanted to achieve, an example of this would be with say my copywriting firm.

What I did write was this…

Another personal example would be moving to London.

In October 2014, I wrote that I wanted to live in Central London and my bro, Daiyaan, happened to be moving from his place and planning a world wide permanent trip.

We sorted the deal and within 60 days of that first email I was settling into my new home (It’s been a month and man this place still amazes me – not to mention the pinching myself that I live here), anyway, this entire move was part of my new years plan.

It was apart of the journey to succeed on my goals.

Okay, so I alluded to this earlier, absolute certainty is basically knowing, without doubt you’ll reach your aim.

For me I know I’m a man and men fail. We plan and we fail, but we’ll get further with a failed plan than with no plan at all. That’s just life.

Here’s the rub though. When I started to hold accountability to God that I would succeed (hey don’t throw the baby out with the bath water here), I started to see my “failures” as just tests of worthiness. And you’ll have those along the way this year.

My personal first test was bringing the finances together to move, I did that.

(The next was waiting for the damn banks to clear my payment, they haven’t yet done that at the time of this post. So I’m still working on it again, no big though!)

Now with that said, let’s jump into…

You’ve got your goals down, you’ve got your absolute certainty, and now you’re up against every horror in business imaginable… What do you do?

That’s really the best thing you can do, is prepare for everything and don’t spend all your earnings right away.

Now, if you’re new to the world of business for yourself, online or offline, here’s what I suggest you do.

Build a simple funnel, hell rip this one off (dude, it’s just the cost of an email that sends you awesome stuff, don’t be scared).

This will give you the ability to bring in basic income which you could diversify by reading other posts I have on this site.

By preparing for everything this year and taking action you will EASILY avoid fucking up your 2015!

Seriously, plan your breaks ahead of time and make sure you have them or else you’ll split your differential and tip the fuck over… Or Worse, Implode. (Quoted by Mark Hanna – Wolf Of Wall Street, played by Matthew McConaughey).

From there, I want to walk you through to what I believe will be your safety net, saving gracie, and big thing in 2015!

Well there’s two, but ones an oldie but a goodie.

It may not sound as snazzy but trust me, most people are now going to start combining marketing with great design and personal branding. When this is multiplied by the laws of Direct Response Marketing & Copywriting you’re looking at a winning year.

This blog is designed for that formula. It’s got a decent look, it operates, and most importantly it’s build on the foundation of Direct Response (seeing as I’m a copywriter, I’d be dumb not to use that).

How can you use it?

Simple, if you have a personal blog that’s your branding stuff taken care of, be yourself and be creative in your approach.

Look you’re human and alive, you have creativity in your veins and in your bones. You say “I don’t” – I reply, BULLSHIT!

You’ve created something, if you have even ONE friend, you got creative to make that friend, and guess what, that’s how you should blog, write, and market yourself. As yourself.

Now, you may not be a designer, hire one, join a group on FB and ask for help. PEOPLE HELP FOR FREE. Once you’ve got the idea, you go ahead and pay someone to build it or build it yourself. Remember this design will forever change but you want your branding to stay.

Marketing and Direct Response don’t always go together for people but they are really the left and right hands to your success, without them you won’t succeed.

These all add up and will influence your style to refine it.

Combining this with your personality and style you’ll instantly influence and bring in more business into your life.

This is something I coined last year.

It basically means that you’ll only attain true freedom from understanding you need a SYSTEM.

A system basically takes away all the guess work on what you need to do with your business. This makes life easier and when something isn’t working you’ll be able to easily test it out.

This is the same with your business. This is how you have to do it.